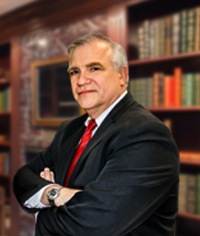 His thirty years of experience as a trial lawyer have produced many successes for his clients.

In 1984, Mr. Day received his license as a Tennessee attorney. Since that time, his ability and experience have allowed him to obtain board certification as a civil trial specialist by the National Board of Trial Advocacy and Civil Pretrial Practice Advocacy by the National Board of Legal Specialty Certification. To obtain these certifications, Mr. Day had to demonstrate a successful track record of handling litigation, which included personal injury and accident claims, including car and accident litigation, slip and fall lawsuits business litigation, and insurance claims, as well as various other types of civil litigation.

The National Board of Trial Advocacy and the American Board of Professional Liability Attorneys are recognized by the American Bar Association as the national board certification agencies in these specialties in the United States.

When looking for a legal malpractice attorney to sue their current lawyer and hold that lawyer accountable for his negligence and/or misconduct, many people want to find a lawyer from “out of town” who is not “buddies” with the local lawyer, tied to the “local bar association” or have connections which would cause a problem in aggressively seeking justice for those victimized by lawyers.

Mr. Day’s office has proven a beneficial location for those seeking such a legal malpractice attorney.

Cookeville, Tennessee, at the foot of the Cumberland Plateau is where Mr. Day maintains his home office. This office is strategically position to allow him almost equal distance to courthouses in Knoxville, Nashville and Chattanooga. He has handled litigation in these places, and many, many more.

While he was attending East Tennessee State University, Mr. Day was also enrolled at the University of Tennessee in 1980 as a special student in Chinese. He earned all credits by examination.

Mr. Day attended law school at the University of Tennessee College of law, and in May 1984, Mr. Day earned a Doctor of Jurisprudence degree with high honors and in the top 10% of class. While in law school, Mr. Day also served as an assistant editor for the Tennessee Law Review.

Litigation Counsel of America has recognized Mr. Day as a Fellow since 2008 to the present.

Mr. Day has also been invited to lecture and teach as various seminars, including the following: The Harry Phillips Inns of Court, Nashville, Tennessee invited him to speak on legal malpractice. The Tennessee Bar Association had Mr. Day lecture at a Trial Practice Seminar on civil litigation. In the past, he has also been invited by the Tennessee Banker's Association to speak at their State Credit Conference on creditor issues in bankruptcy; by the Bank Administration Institute, Cumberland Plateau Chapter to speak on legal issues with checks; and by the American Institute of Banking, Upper Cumberland Chapter to provide an overview of Chapters 7, 11 & 13 Bankruptcies.

National Board of Trial Advocacy - Civil Trial Specialist
“The NBTA is the first American Bar Association-accredited attorney board-certifying agency in the world….[This] certification program that provides recognition for superior achievement in trial advocacy and uses a highly-structured examination to select its members” Quoted from NBTA website.

American Board of Professional Liability Attorneys - Diplomate in Legal Malpractice
“ABPLA certified attorneys have demonstrated skill & expertise in … legal malpractice, and proven it through rigorous examination & testing by an American Bar Association (ABA) accredited organization. Additionally each attorney who is board certified, must demonstrate substantial involvement in their chosen specialty. Board certification means the consumers of legal services can make a meaningful and informed decision when selecting counsel, providing their legal case every chance of success.” Quoted from ABPLA website

Cavalier-Metal Corp. v. McBroom, et al, Davidson County Chancery Case No. 05-2829-II
This involved a commercial dispute that eventually settled for $1.2 million. The matter, then gyrated through an interpleader action and bankruptcy proceedings related to distribution of this settlement.

MANY OF OUR BIGGEST SETTLEMENTS, PARTICULARLY IN LEGAL MALPRACTICE CASES CANNOT BE LISTED HERE BECAUSE DEFENDANTS AND THEIR INSURANCE COMPANIES REQUIRE OUR CLIENTS TO SIGN A CONFIDENTIALITY AGREEMENT, AND SOME EVEN REQUIRE THE COURT RECORDS TO BE SEALED.

Disclaimer:
Each case is dependent upon its own facts. The results obtained on behalf of a client or former client are no guarantee that similar results can be obtained for other clients in similar matters without reference to the specific factual and legal circumstances of each case. The results in your case will depend on the facts, circumstances and law of your case.